Charles Lamb was born in London, England in 1775. He was educated at the well-known Christ's Hospital school, which he attended from age eight to 15. It was there that he met Samuel Taylor Coleridge, who became a lifelong friend; the friendship was to have a significant influence on the literary careers of both men. Lamb did not continue his education at the university, probably because of a nervous condition that resulted in a severe stammer. Instead, he went to work as a clerk, eventually becoming an accounting clerk with the East India Company, where he worked for most of his adult life. However, he continued to pursue his literary interests as well and became well-known as a writer. His best work is considered to be his essays, originally published under the pen name Elia, but Lamb also wrote poetry, plays, and stories for children under his own name. In 1796, Lamb's sister, Mary Ann, went mad and attacked her parents with a knife, killing her mother and wounding her father. She was placed in an institution for a time, but was eventually released into her brother's guardianship. This incident, and later periods when she was institutionalized again, had a great effect on Lamb, who had always been very close to his sister. Charles and Mary Ann Lamb collaborated on several books, including Poetry for Children, Mrs. Leicester's School, and Beauty and the Beast. Probably their best-known collaboration, however, was Tales from Shakespeare, a series of summaries of the plots from 20 Shakespearean plays, which was published in 1807. Charles Lamb died in 1834.

Mary Lamb collaborated with her brother, Charles Lamb on many projects but Tales of Shakespeare series are the most famous. 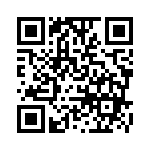