4.25 stars It is the early 1960s. Jack, Mimi and their two kids, Madeleine and Mike, are moving home to Canada from Germany. Jack is part of the Royal Canadian Air Force, and is moving to Centralia ... Read full review

It took me 16 years after having read Ann-Marie MacDonald's first novel to read her second. What a waste of time! The Way the Crow Flies is a brilliant novel that moved me both to laughter and to ... Read full review

Ann-Marie MacDonald was born in Baden Sölingen, in the former West Germany on October 29, 1958. She attended Carleton University before moving to Montreal to train as an actor at the National Theatre School of Canada, where she graduated in 1980. She has performed in theatres across Canada, and continues to act in film, television and theatre. She has appeared in several independent Canadian films including The Wars and Better Than Chocolate. She won a Gemini Award for her role in the film Where the Spirit Lives and was nominated for a Genie for her role in I've Heard the Mermaids Singing. Her play Goodnight Desdemona (Good Morning Juliet) won the Governor General's Award for Drama, the Chalmers Award for Outstanding Play, and the Canadian Authors' Association Award for Drama. Her first novel, Fall on Your Knees, was published in 1996. Her other novels include The Way the Crow Flies and Adult Onset 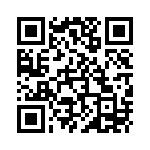