Suzanne April Brenner is Associate Professor in the Department of Anthropology at the University of California, San Diego. 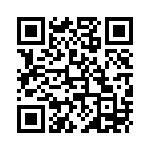