Craig Smith was born in South Africa. Apart from some years in the UK and months in the US Craig Smith has lived most of his life there. Having a wild imagination from ever since he could remember he finally decided to take advantage of it when he was 19, and began writing seriously. Since then he has written 2 novels, numerous short stories and started 3 other novels. He hopes to finish them all sometime this decade. His most exciting project at the moment is a post apocalyptic novel with 3 other South African writers called Crumbling Ruins. His titles include: The Red Stone, Zoolin Vale and the Chalice of Ringstar, Allen the Alien, Anna's Ghost, and Aussie Soldier. In 2015 his title's, My Daddy Ate an Apple, The Wonky Donkey, Eating, Edmonds Beginner's Cookbook and Willbee the Bumblebee made The New Zealand High Profile List. 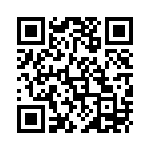