One of the slower Burke novels. I never completely got into it and felt it dragged on far too long. Still it is a Burke novel which means it is better than most things out there. Read full review

Burke is wonderful writer ... but I find myself often wishing his heroes - Clete and Dave in this series - get killed by the bad guys. Honestly his violence and language are always over the top. Too many characters, plots too complicated, and too long. Read full review 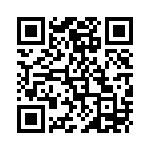