When I went to read this book I found not only that I had read it several years before, but that many of the ideas I had about Sri Lanka came from that reading, though I barely remembered the story ... Read full review

The book really took me with it on a journey. I'm glad I read it slowly and without the distraction of any other books. The subject is war and very painful but painted through the detail of characters ... Read full review

Michael Ondaatje was born in Ceylon (now Sri Lanka) on September 12, 1943. He moved to Canada in 1962 and became a Canadian citizen. He received a B.A. from the University of Toronto and a M.A. from Queen's University, Kingston, and taught English at York University. He has written several volumes of poetry, novels, and other works including There's a Trick with a Knife I'm Learning to Do, The Dainty Monsters, Rat Jelly, Coming through Slaughter, Running in the Family, In the Skin of a Lion, Anil's Ghost, and The Cat's Table. His title, Warlight, made the bestseller list in 2018. Ondaatje has won numerous awards including the Canadian Governor General's Award in 1971 for The Collected Works of Billy the Kid and the Booker Prize in Fiction for The English Patient, which was adapted into a film in 1996. 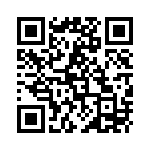