While on the set of the filming of one of Eve's more intense cases Eve and Peabody are introduced to their filmic doppelgängers. The actor playing Eve is almost perfect for the part but Peabody's part ... Read full review

The book was a best seller and now Nadine's book is being made into a movie. The stars are gathered, a party is in order but murder decides to attend. This one will keep you guessing until the very last page. I hope Nora Roberts is busy writing as I type this - Gotta have more. Read full review

With the In Death series, Robb has become one of the biggest thriller writers on earth, with each new novel reaching number one on bestseller charts the world over.

Become a fan on Facebook at Nora Roberts and J. D. Robb 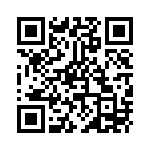