Before Elmore Leonard passed away last year (2013), he left us with some forty-nine novels and a number of screenplays. Beginning with 1953’s The Bounty Hunters, Leonard wrote westerns and crime ... Read full review

Elmore John Leonard, Jr. 10/11/25 -- 8/20/13 Elmore John Leonard, Jr., popularly known as mystery and western writer Elmore Leonard, was born in New Orleans, Louisiana on October 11, 1925. He served in the United States Naval Reserve from 1943 to 1946. He received a Ph.D. in English from the University of Detroit in 1950. After graduating, he wrote short stories and western novels as well as advertising and education film scripts. In 1967, he began to write full-time and received several awards including the 1977 Western Writers of America award and the 1984 Writers of America Edgar Allan Poe award. His other works include Get Shorty, Out of Sight, Hombre, Mr. Majestyk, 3:10 to Yuma, and Rum Punch. Many of his works were adapted into movies. Library of America recently announced plans to publish the first of a three-volume collection of his books beginning in the Fall of 2014. Leonard died on August 20, 2013 from complications of a stroke he had earlier. He was 87 years old. 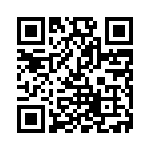