Page iv - SERIES Series Editors Judith A. Howard University of Washington Barbara Risman North Carolina State University Joey Sprague University of Kansas The Gender Lens series has been conceptualized as a way of encouraging the development of a sociological understanding of gender. A "gender lens...
Appears in 43 books from 1996-2008

Judith Lorber (born November 28, 1931) is Professor Emerita of Sociology and Women’s Studies at The CUNY Graduate Center and Brooklyn College of the City University of New York. She is a foundational theorist of social construction of gender difference and has more recently called for a de-gendering of the social world. Lorber was actively involved in Sociologists for Women in Society from the early 1970's. She developed and taught some of the first courses in the sociology of gender, women's studies, and feminist theory at Brooklyn College and the Graduate School, where she was the first Coordinator of the Women's Studies Certificate Program in 1988-1991. She was Chair of the ASA Sex and Gender Section in 1992-93 and was awarded the Jessie Bernard Award in 1996 “in recognition of scholarly work that has enlarged the horizons of sociology to encompass fully the role of women in society. 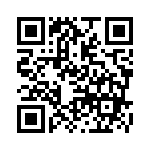