Chris Pocock has been writing about the aerospace and defence business for nearly 30 years. He is a British citizen and a graduate of the University of Cambridge. Chris worked in the air cargo business for ten years before becoming a full-time journalist in 1983. He subsequently edited two air cargo journals before becoming defense editor for Aviation International News, which publishes on-site editions at the major aerospace trade shows. He also produces a weekly online newsletter for AIN, and contributes stories to AIN's website. Chris has written extensively on aerial reconnaissance, including four books on the history of the U-2 spyplane. The CIA historian said that he is the foremost authority on the history of the U-2. 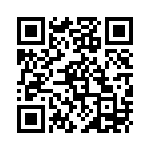