Mantel's memoir focuses on three main aspects of her life: her dysfunctional family, her relationship to Catholicism, and her ongoing health issues. She, her parents, and her two younger brothers ... Read full review

This brief but moving memoir is difficult to write about, because one starts thinking Mantel is writing about her experiences with the supernatural, but its concluding pages are very personal. It took courage to write this, and considerable effort . Read full review

Hilary Mantel was born in Glossop, Derbyshire, England on July 6, 1952. She studied law at the London School of Economics and Sheffield University. She worked as a social worker in Botswana for five years, followed by four years in Saudi Arabia. She returned to Britain in the mid-1980s. In 1987 she was awarded the Shiva Naipaul Memorial Prize for an article about Jeddah. She worked as a film critic for The Spectator from 1987 to 1991. She has written numerous books including Eight Months on Ghazzah Street, A Place of Greater Safety, A Change of Climate, The Giant, O'Brien, Giving up the Ghost: A Memoir, and Beyond Black. She made The New York Times Best Seller List with her title The Assassination of Margaret Thatcher. She has won several awards for her work including the Winifred Holtby Memorial Prize, the Cheltenham Prize and the Southern Arts Literature Prize for Fludd; the 1996 Hawthornden Prize for An Experiment in Love, the 2009 Man Booker Prize for Wolf Hall, and the 2012 Man Booker Prize for Bring up the Bodies. Book three of the Wolf Hall trilogy, The Mirror & the Light, was named the best book of 2020 by The New York Times, The Washington Post, Time, The Guardian, and others. Hilary Mantel died on September 22, 2022 from complications of a stroke. She was 70. 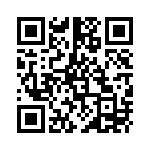