Jonathan Potter is Professor of Discourse Analysis and Dean of the School of Social, Political and Geographical Sciences at Loughborough University. He has studied topics such as scientific argumentation, current affairs television, riots, racism, relationship counselling and child protection helplines. His main focus recently has been on the study of helpline interaction, on interaction during family mealtimes, on the conceptualization of cognition in interaction research, and on issues of psychology and institutions. He a world authority on qualitative methods and has written on discourse analysis and discursive psychology, focus groups, the study of psychological issues. Recently has raised questions about the over-reliance of social scientists on open-ended qualitative interviews. He has taught workshops and short courses on analysis in 10 different countries. 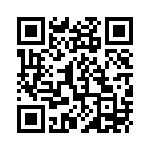