Lama Thubten Zopa Rinpoche is the Spiritual Director of the Foundation for the Preservation of the Mahayana Tradition (FPMT), a worldwide network of Buddhist centers, monasteries, and affiliated projects, including Wisdom Publications. Rinpoche was born in 1946 in the village of Thami in the Solo Khumbu region of Nepal near Mount Everest. His books include Transforming Problems into Happiness, How to Be Happy, and Ultimate Healing. He lives in Aptos, California.

Ordained in 1987, Venerable Ailsa Cameron is a close student of Lama Zopa Rinpoche and has been editing his teachings since 1984. She lives at the Chenrezig Institute in Queensland, Australia.

Grand Master Lillian Too is undoubtedly the world's most prolific and popular writer and advocate on living with good feng shui. She has written over 100 books that have been translated into 31 different languages, and over 10 million copies of her books have been sold worldwide. After graduating with an MBA from Harvard Business School, Lillian went on to pursue a highly successful business career in banking and finance in the 1980's in Hong Kong. Her business acumen, drive and abundant energy soon led her from the finance world to the world of luxury department stores and boutiques where, through a leveraged buy out, she became Chairman and shareholder of The Dragon Seed Group. All the while she was guided and taught by her feng shui masters in Hong Kong and China-and she attributes much of her monumental and quick rise to success in Hong Kong directly to them. Lillian soon decided to retire from active corporate life and return to Malaysia to raise her beautiful daughter, Jennifer, and spend more time with her family. It was at this time she began to devote her energy to writing and furthering her study of feng shui. She published her first book in Malaysia in 1995 that quickly became a best seller and the rest is history. Today she is Chairman of Wofs.com, a feng shui franchise and merchandising company run by her daughter, Jennifer Too. She trains feng shui students and future consultants at her Certified Consulting Institute in Malaysia and is much loved by her readers, associates and students for the way she teaches practical feng shui in a user-friendly way, using ordinary situations and circumstances that interest people and affect their everyday lives. In November 2009, at the International Feng Shui Convention in Singapore, the well-deserved title of Grand Master of Feng Shui was conferred upon Lillian Too. Immediately following this accolade, in early January 2010, she received the prestigious Brand Laureate Personality of The Year Award presented by the Deputy Prime Minister of Malaysia. 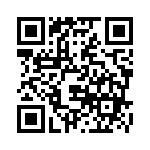