SEVERO PEREZ, an award-winning filmmaker, playwright, and writer, grew up in working-class Westside San Antonio and graduated from the University of Texas at Austin. For over forty-five years he produced programing for PBS and for network and cable television. His feature film adaptation of Tomas Rivera's novel . . . and the earth did not swallow him (1994) won eleven international awards, including five for Best Picture. His first novel, Willa Brown & the Challengers (2012), is historical fiction based on the real-life African American aviation pioneer Willa Beatrice Brown. Odd Birds is his second novel. 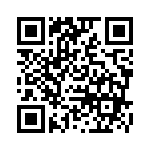