My full review of this book is at: http://www.doyletics.com/arj/gmarkrvw.htm
Bobby Matherne 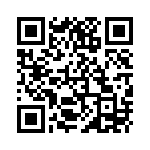