My full review of this book is at: http://www.doyletics.com/arj/tonsrvw.htm
Bobby Matherne

Page ix - ... to the world and to man, therein to find the one principle of permanence and identity, the rock of strength and refuge, to which the soul may cling amid the fleeting surge-like objects of the senses.
Appears in 11 books from 1850-2005

Rudolf Steiner (1861-1925) was born in the small village of Kraljevec, Austro-Hungarian Empire (now in Croatia), where he grew up (see right). As a young man, he lived in Weimar and Berlin, where he became a well-published scientific, literary, and philosophical scholar, known especially for his work with Goethe's scientific writings. At the beginning of the twentieth century, he began to develop his early philosophical principles into an approach to systematic research into psychological and spiritual phenomena. Formally beginning his spiritual teaching career under the auspices of the Theosophical Society, Steiner came to use the term Anthroposophy (and spiritual science) for his philosophy, spiritual research, and findings. The influence of Steiner's multifaceted genius has led to innovative and holistic approaches in medicine, various therapies, philosophy, religious renewal, Waldorf education, education for special needs, threefold economics, biodynamic agriculture, Goethean science, architecture, and the arts of drama, speech, and eurythmy. In 1924, Rudolf Steiner founded the General Anthroposophical Society, which today has branches throughout the world. He died in Dornach, Switzerland. Owen Barfield (1898-1997), the British philosopher and critic, has been called the "First and Last Inkling," because of his influence and enduring role in the group known as the Oxford Inklings. The Inklings included C.S. Lewis, J.R.R. Tolkien, and Charles Williams. It was Barfield who first advanced the ideas about language, myth, and belief that became identified with the thinking and art of the Inklings. He is the author of numerous books, including Poetic Diction: A Study in Meaning; Romanticism Comes of Age; Unancestoral Voice; History in English Words; and Worlds Apart: A Dialogue of the 1960s. His history of the evolution of human consciousness, Saving the Appearances: A Study in Idolatry, achieved a place in the list of the "100 Best Spiritual Books of the Century. 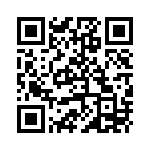