Rudolf Steiner (18611925) became a respected and well-published scientific, literary, and philosophical scholar. He developed his earlier philosophical principles into an approach to methodical research of psychological and spiritual phenomena that has led to innovative and holistic approaches in medicine, philosophy, religion, education, science, agriculture, and the arts. He founded the General Anthroposophical Society, which has branches throughout the world. 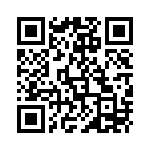