Christopher Bamford is Editor in Chief Emeritus for SteinerBooks and its imprints. A Fellow of the Lindisfarne Association, he has lectured, taught, and written widely on Western spiritual and esoteric traditions. He is the author of The Voice of the Eagle: The Heart of Celtic Christianity (1990, 2000) and An Endless Trace: The Passionate Pursuit of Wisdom in the West (2003). He has also translated and edited numerous books, including Celtic Christianity: Ecology and Holiness (1982); Homage to Pythagoras: Rediscovering Sacred Science (2001, 2020); and The Noble Traveller: The Life and Writings of O. V. de L. Milosz (1985).

Sabine H. Seiler, PhD, is owner of Columbia Translators & Editors, Albany, New York. She has translated and edited numerous texts, many of which are focused on Anthroposophy. She earned a PhD at SUNY Albany, an M.A. at Florida State University, a B.A. at Philipps Universität, Marburg, Germany. 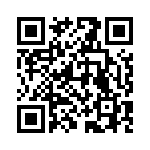