John Stott was born in London, England on April 27, 1921. He converted to Christianity in 1938. He graduated with a double first in French and theology from Trinity College, Cambridge University. He was ordained in the Church of England in 1945. He published over 70 books between 1954 and 2010 including Personal Evangelism, Becoming a Christian, Parochial Evangelism by the Laity, Basic Christianity, The Cross of Christ, Issues Facing Christians Today, and The Radical Disciple. He died on July 27, 2011 at the age of 90. 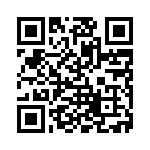