Lukas Chrostowski is Associate Professor of Electrical and Computer Engineering at the University of British Columbia. He is the Program Director of the NSERC CREATE Silicon Electronic-Photonic Integrated Circuits (Si-EPIC) training program, has been teaching silicon photonics courses and workshops since 2008, and has been awarded the Killiam Teaching Prize (2014).

Michael Hochberg is Director of Architecture and Strategy for Coriant Advanced Technology Group, based in Manhattan, New York, where he holds a visiting appointment at Columbia University. He has held faculty positions at the University of Washington, University of Delaware and National University of Singapore, and was Director of the OpSIS foundry-access service. He has co-founded several startups, including Simulant and Luxtera and received a Presidential Early Career Award in Science and Engineering (2009). 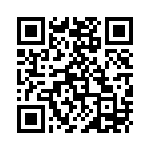