CAR WARS: The Rise, the Fall, and the Resurgence of the Electric Car

An update on how the electric car is poised to emerge as the preferred, climate-friendly transportation of the future. Fialka (Sisters: Catholic Nuns and The Making of America, 2003, etc.), a former ... Read full review

JOHN FIALKA worked for The Wall Street Journal's Washington Bureau for 26 years. In 2008 he became editor and founder of ClimateWire, a private subscription Internet daily focused on climate change. He has written three books and won several major journalism awards for investigative reporting including the Worth Bingham and Raymond Clapper prizes. 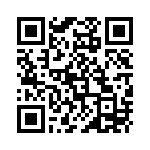