(Ph.D., City University of New York [CUNY], a part of the New York Consortium in Evolutionary Primatology [NYCEP]) is an Associate Professor of Anthropology. His dissertation research was on the functional postcranial morphology of treeshrews (Scandentia) and its significance for understanding primate supraordinal relationships and the phylogenetics of archontan mammals. Eric has also worked on the evolutionary morphology of Old World monkeys (Primates, Cercopithecidae) and marsupials. He has conducted fieldwork in Malaysia (1994), Indonesia (1994), Ethiopia (1996, 1997), Bolivia (2001), Peru (2001, 2002, 2003), Madagascar (2003), Brazil (2005), and Cambodia (2006). Eric is also an Assistant Curator of Mammalogy at the Peabody Museum of Natural History, the Treasurer of the Society for the Study of Mammalian Evolution (SSME), and the Book Review Editor of the Journal of Mammalian Evolution (JME).

The focus of her research efforts is the understanding of the functional, adaptive, and phylogenetic significance of the anatomy of the limb skeleton in extant and fossil prosimian primates. The fossil members of this group, the Adapidae and Omomyidae, are the earliest known primates, and all living primates are thought to have descended from these forms. This group of primates, then, can provide clues to the early adaptive history of the order, and help identify the probable selective forces which shaped the basic morphology of this group.

She has been concentrating on two primary areas of inquiry in this field. The first is the functional analysis of the limb anatomy of fossil primates, including description of newly discovered primate remains, an analysis of the probable locomotor behaviors of fossil species, and the phylogenetic implications of their morphological features. Current projects in this area include analysis of the postcranium of the omomyid primates and of the Eocene Chinese eosimiids.

The second area is the "ecomorphology" of primate locomotion: the documentation of locomotor behavior and its ecological context (relationship to food resources, forest type) and its relationship to interspecific differences in morphology in living primates. Her current project in this area is the positional behavior of the Philippine tarsier, Tarsius syrichta. She is also investigating geographic variation in skull size and shape in the genus Tarsius and its implications for the phylogeny and biogeographic history of these primates. 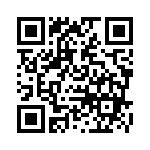