Peter Robinson was born in Castleford, Yorkshire, in 1950. He received a B.A. Honours Degree in English literature from the University of Leeds, moved to Canada, and went on to earn a M.A. in English and creative writing from the University of Windsor and a Ph.D. in English from York University. His first novel, Gallows View, was published in 1987 and became the first book in the Inspector Banks Mystery series. His other works include Caedmon's Song, No Cure for Love, Not Safe after Dark and Other Stories, Before the Poison, and When the Music's Over. He has received several awards including the Crime Writers of Canada's Arthur Ellis Award for Best Novel in 1992 for Past Reason Hated and the Author's Award from the Foundation for the Advancement of Canadian Letters in 1994 for Final Account. He has also published many short stories in anthologies and in Ellery Queen's Mystery Magazine, including Innocence, which won the CWC Best Short Story Award, and The Two Ladies of Rose Cottage, which won a Macavity Award. He has taught at a number of Toronto colleges and served as Writer-in-Residence at the University of Windsor, Ontario, 1992-93. 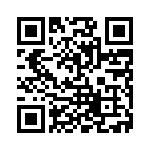