Barbara Cartland was born in Edgbaston, England on July 9, 1901, and christened as Mary Barbara Hamilton Cartland. With her mother and two younger brothers, she moved to London in 1918 after her father was killed during World War I. In 1920, Cartland began writing society gossip pieces for London's Daily Express. Her first novel, Jig-Saw, was published in 1923. Barbara Cartland married Alexander McCorquodale in 1927. In 1929, the couple had a daughter, Raine, who later went on to become stepmother to the late Diana Princess of Wales. Cartland divorced McCorquodale in 1932, and in 1936 married Hugh McCorquodale, a cousin of her exhusband. Cartland has written over 600 books, mostly romance novels for women readers, and is listed in the Guinness Book of World Records as the world's top-selling author. Cartland's autobiography, I Reach for the Stars: An Autobiography, was published in 1995. 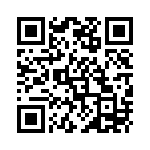