Donald S. Murray comes from Ness at the northern tip of the Isle of Lewis and now lives in close proximity to "the Ness" at the southern end of Shetland. His poetry and prose are often about islands and the wildlife on and around them. The Gannet features strongly in his work, which includes The Guga Hunters, Praising the Guga, and The Guga Stone: Lies, Legends and Lunacies Of St Kinda, which was shortlisted as one of the Guardian's nature books of the year in 2013. 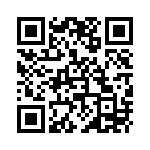