Ganga White, referred to as a “pioneer of yoga” by Yoga Journal, has been teaching, innovating, and promulgating yoga since 1967–nearly forty years. He has led international yoga organizations, established yoga centers in major cities that have been emulated the world over, and he is a leader on the forefront of the wave of yoga in America. White is founder of the world renowned White Lotus Foundation in Santa Barbara, California, which offers programs internationally. Situated on forty acres, the residential retreat and primary teaching institute offers yoga workshops, teacher training, and advanced study to students and teachers from around the world. White has extensive training and experience in the field of yoga combined with education in science, physics, and electronics. He brings a unique, East/West perspective to yoga, meditation, and spirituality.

Ganga White introduced Flow Yoga in the 1970’s and it is now one of the most popular forms practiced around the world. In 1980, his text Double Yoga introduced his innovation of partner yoga, now practiced worldwide. With his wife, Tracey Rich, he co-created Total Yoga–The Flow Series videos, which are international #1 best sellers with sales of over 1.8 million copies.

White brings a broad, modern perspective to the teachings of yoga. Although he is extensively trained in traditional yoga and has a Sanskrit name and titles, White is an evolutionary and critical thinker who shows his students how to grow beyond tradition into their own freedom and understanding making their yoga, practice, and their spirituality uniquely their own. He and his wife currently direct the renowned White Lotus Foundation and lecture and teach internationally.

Foreword by Sting:
World renowned musician Sting has been practicing yoga for more than 15 years. He and his wife, Trudie Styler, rely on yoga to help maintain their well-being and the high energy pace of their lives. Along with Trudie and a Brazilian Indian, Sting started the Rainforest Foundation in 1989 to help save the rainforests. He lives in England. 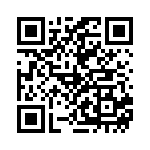