GILBERT G. GONZALEZ is professor emeritus in the Chicano Latino Studies Department at the University of California, Irvine. He is the author of numerous publications, including Guest Workers or Colonized Labor?, Mexican Consuls and Labor Organizing, Labor and Community, and Culture of Empire. Gonzalez co-directed and produced the award-winning documentary The Harvest of Loneliness. 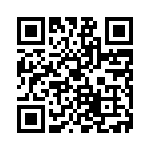