Almost the perfect book. Reads well, and provides some interesting insights. Sometimes dissertations turned books can be plodding, but this one moves along nicely. A nice balance between personalities ... Read full review

SHARON TOSI LACEY earned her PhD in military history from the University of Leeds, and is also a graduate of the United States Military Academy and Long Island University. She has served as a U.S. Army officer for more than twenty-five years and published more than thirty articles on military issues in magazines and journals. She lives in Northern Virginia. 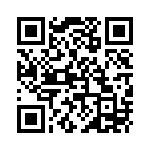