Coming from a background as a Hollywood screenwriter and screenwriting teacher, David Freeman has become one of the worldąs authorities on bringing emotion into games. David, along with his game design and writing consultancy The Freeman Group, is currently working, or has worked, as a designer and/or writer on games for Electronic Arts, Vivendi Universal Games, Atari, Activision, Microsoft Game Studios, Ubi Soft, 3D Realms, and others. In "Beyond Structure," his renown writing course, he has taught executives and game designers from many of the world's top game publishers and development studios--as well as the writers, producers, and key players behind such films and TV shows as "Lord of the Rings," "Austin Powers," "Good Will Hunting," "Minority Report," "The X-Files" and many others. As a writer and producer, David has had scripts and ideas bought or optioned by MGM, Paramount, Columbia Pictures, Castle Rock, and many other film and television companies. 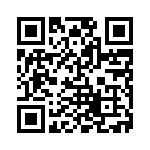