I felt instead of Christmas itself it was a time of year to look back on the past year and anticipate the coming year. Christmas was a time to remember and cherish those memories and to make the ... Read full review

I really enjoyed this collection of stories from Governor Huckabee's life that remind us that sometimes simple is better. They also show us the depth of his faith in Jesus Christ. They challenge us to ... Read full review

On February 9, 1964, I was one of seventy-three million Americans watching The Ed Sullivan Show when the Beatles made their first appearance in the United States. My family usually watched Ed Sullivan anyway, but that night was something special.

Like many kids who saw this quartet of long-haired Brits with electric guitars and drums, I realized their music was something very different, and I immediately knew that I wanted a guitar so I could become one of the Beatles. So what if I was only eight years old at the time and had never played a guitar in my life? I wasn''t concerned with minor details like that, and playing a guitar real loud and having girls scream for me seemed like a great goal in life. I was hooked.

The kids in my neighborhood were just as stricken as I was, and we started gathering Coke bottles that we found discarded on the side of the road and turning them in for their two-cent deposit value. Eventually we earned enough to buy the 45 rpm record of "I Want to Hold Your Hand," with "I Saw Her Standing There" on the B side of the record. It was the first record I ever bought. Before that, I only had little 78 rpm recordings of children''s stories with songs, like "The Poky Little Puppy" and "Goldilocks and the Three Bears." Coke bottles (in the South, we call all soda Coke even if it''s actually a different brand) were the great equalizer of economic disparity among kids where I came from. Some kids automatically got money from their parents as an allowance, which seemed pretty terrific, but the rest of us could take our little red wagons (everyone had one) and pull them around town and pick up enough empty bottles to get some easy money, even if it did require some serious scavenging around tall weeds and ditches.

The little record player I had was better suited for "Poky Little Puppy" records, but it would play a 45, although I had to turn the volume all the way up to get anywhere near the "rock and roll" level I wanted. The little two-inch speaker distorted horribly when pushed up to ten on the dial, but I didn''t care. The louder the better. Unfortunately, the louder-the-better mind-set stayed with me after I advanced to larger speakers backed up by an amplifier that emitted 120 decibels--enough to take paint off the wall! Yes, I know that I shouldn''t have played music that loudly, and yes, it has affected my hearing somewhat, and yes, I regret it. I have already had the lectures from my parents when I was a kid and from doctors as an adult, so please spare me another one!

Playing the 45s and later the LP albums of the Beatles was great, but that really wasn''t enough to fulfill my passion for rock and roll. That summer, several kids in the neighborhood decided we would produce a Beatles show for our parents and all the neighbors. Of course, we didn''t have real instruments and none of us knew how to play, but those were minor details. We would make our own instruments and pantomime the songs played by the record player.

Every kid in the neighborhood had a job. My sister Pat ran the record player. Amelia Leverett from down the street sold tickets and Cokes. The "Beatles" consisted of Tom Frazier as George Harrison (he would later give up being a Beatle to become a prominent hand surgeon); Carol Frazier (Tom''s sister, who is now married and works as a community-affairs specialist at a pediatric hospital) as Ringo; Betty Rodden (who, last I heard, was a basketball coach) as John Lennon; and me as Paul McCartney, the bass player (I''m still one today). Bob "Bo" Frazier, the little brother of Tom and Carol (now a CPA), was the opening act and entertained the audience by wearing a bedsheet and singing a song called "Ghostly Solo." It had absolutely nothing to do with the Beatles, but Mr. and Mrs. Frazier wouldn''t let us use their back patio as a stage unless we included Bo in the show.

Our families and the other neighbors were quite charitable and paid twenty-five cents each for a ticket to watch us lip-synch as many Beatles records as we had been able to purchase with the money earned from collecting Coke bottles. I''m sure they were all glad we hadn''t found more bottles!

The Fraziers were better off than most of us in the neighborhood and owned an 8 mm movie camera. Somewhere the movies that were made of this momentous event probably still exist, but I pray daily that no amount of coercion ever forces anyone to cough them up for public consumption.

Playacting the Beatles with cardboard and yardsticks was okay, but I wanted a real guitar. It shouldn''t have surprised anyone who knew me back then. As young as age five, I was banging away at an old Gene Autry cowboy guitar that my dad had and would play occasionally. At the time, I thought I was Elvis or at least figured I would replace him as soon as I got old enough or he retired. (The photo on the cover of this book is in fact one of me at five years old with that old Gene Autry guitar, striking my best Elvis pose.)

Most of the other kids in our "band" moved on to other things after that night on the "stage." Not me. I was hooked, but I didn''t want to spend the rest of my life lip-synching songs with a cardboard guitar (Milli Vanilli would do that just fine several years later). I wanted to "do the real thing." (Sounds almost like a book I think you ought to read called Do the Right Thing.)

I decided I wanted an electric guitar. I asked for but didn''t get one for Christmas of 1964. Ditto for 1965. By 1966, when I was the ripe old age of eleven, I decided that I had to change my strategy. Each year until then, I had made a Christmas list of things I wanted. I knew the list had a lot more on it than could ever be expected, but I wanted to cover all the bases. As I "ma-tured," and got wiser, it occurred to me that while I had included the electric guitar on the list, there were other things on that list as well, and I was in effect giving my parents a way out of giving me an electric guitar, which was all I really wanted anyway.

In 1966, my Christmas list was very simple. An electric guitar. That''s it. The whole list. Nothing else on it. No more negotiating and compromising. It was all or nothing.

"All I want is the guitar. Nothing else," I told them. "I promise I''ll practice and learn how to play it. If I don''t, you can take it away from me." Of course, I knew that if I ever really got that guitar, I would practice it. and anyone taking it away was probably as likely as someone going up to Chuck Norris and taking away his chest hair. Ain''t happening.

Of course, I had no idea what my parents could actually afford to buy me. I certainly was old enough and observant enough to know that we always drove a used car, didn''t have air-conditioning like some families, never went on nice vacations like the Fraziers, and didn''t get Eskimo Pies anytime we wanted like Amelia Leverett. But it never really occurred to me that we were that much different. I never asked to see my parents'' checkbook or examine their tax returns to better assess their financial capacity. That stuff wasn''t my problem anyway. I was concerned with one thing--getting that electric guitar.

I found one that seemed perfect in the J. C. Penney Christmas catalog. It was a red and black model with a white pick guard, and it came complete with a little amp, a carrying case, and an instruction book. The whole package was featured in the catalog at the special low price of ninety-nine dollars. I cut out the page and attached it to the piece of paper on which I had written my Christmas "list."

My parents asked me several times if I wouldn''t mind giving them some "other ideas." I knew what that meant--"You aren''t getting the guitar."

"Nothing doing!" I said. "You guys asked me what I wanted, and this is it. I want this or nothing." I was fully prepared to get nothing, and only years later did I find out how close I came to getting just that.

Was I being totally unreasonable, selfish, and ungrateful? Absolutely. But I honestly didn''t realize it. At eleven, I really didn''t know what my parents could or couldn''t afford, and they hadn''t asked me what I wanted within their budget. They had just asked what I wanted. Of course, through the years I asked for stuff I knew I wasn''t going to get, like a pony, a chimpanzee, and a trip to Disneyland, but the guitar wouldn''t poop all over the floor like a chimp, so I thought it might be a realistic request. And I really, truly wanted it.

Because of my previously confessed habit of opening up my gifts before Christmas, my parents had resorted to hiding things in places where I couldn''t find them--apparently at the homes of people they worked with or at the fire station where my dad worked as a fireman. I guess they figured my sister and I couldn''t go rummaging around places like that.

So as we gathered for the ritual of Christmas gift opening (which we did on the night of Christmas Eve most years because my dad usually worked on Christmas Day), nothing was under the tree for me. I had rolled the dice and gone for broke, and it was looking like I had crapped out. Nothing. Nada. I had said, "If I can''t have the electric guitar, I don''t want anything." For once, it looke 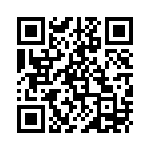