I don't want to read any more books by Khaled Husseini ever again. Don't get me wrong--I loved A Thousand Splendid Suns, but the problem is that his books are depressing and emotionally draining ... Read full review

This was a wonderful book. I listened to it on Audible, and I think it would have been better to read it, but the narrator did a good job. This is a story of two strong women who were part of the ... Read full review

Khaled Hosseini was born in Kabul, Afghanistan on March 4, 1965. He received a bachelor's degree in biology from Santa Clara University in 1988 and a medical degree from the University of California-San Diego's School of Medicine in 1993. He was a practicing internist from 1996 to 2004. While in medical practice, he began writing his first novel, The Kite Runner, which was published in 2003. His other books include A Thousand Splendid Suns and And the Mountains Echoed. In 2006, he was named a Goodwill Envoy to UNHCR, the United Nations Refugee Agency. He established The Khaled Hosseini Foundation, a nonprofit that provides humanitarian assistance to the people of Afghanistan. 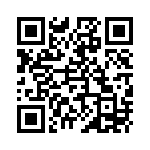