MATTHEW GRITTER is an assistant professor of political science at Angelo State University. He holds a PhD from the New School for Social Research. 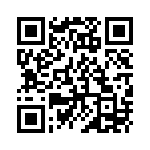