MARK BARRINGER is the Director for the Center for Regional Heritage Research and is an Associate Professor of History at Stephen F. Austin State University. 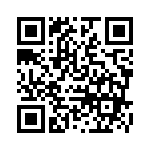