DAVID KEPLINGER is the author of five collections of poetry, most recently Another City (Milkweed Editions, 2018), which was awarded 2019 UNT Rilke Prize. Among his other collections are The Most Natural Thing (New Issues, 2013) and The Prayers of Others (New Issues, 2006), which won the Colorado Book Award. His first collection, The Rose Inside, was chosen by the poet Mary Oliver for the 1999 T.S. Eliot Prize. Keplinger has been awarded the Cavafy Prize from Poetry International, the Erskine Prize from Smartish Pace, and two fellowships from the National Endowment for the Arts, as well as funding from the DC Council on the Arts and Humanities, the Pennsylvania Council on the Arts, the Danish Council on the Arts, and a two-year Soros Foundation fellowship in the Czech Republic. In 2011 he produced By and By, an album of eleven songs based on the poetry of his great-great grandfather, a Civil War veteran. He performed and presented on the project at the National Portrait Gallery's Donald W. Reynolds Center in 2013. His translations of Danish poet Carsten René Nielsen have appeared in three volumes, World Cut Out with Crooked Scissors (2007), House Inspections (2011), a Lannan Literary Series Selection, and Forty-One Objects (forthcoming, 2019). His collaboration with German poet, Jan Wagner, entitled The Art of Topiary was published in 2017 by Milkweed Editions. He teaches in the MFA Program at American University in Washington, D.C 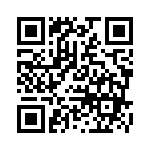