BOB “DADDY-O” WADE spent the last five decades making outsized—and often, outlandish—art inspired by the grandiosity and unconventionality of his home state. He is also the coauthor of Daddy-O: Iguana Heads and Texas Tales and other books. W. K. (KIP) STRATTON is the author of Backyard Brawl: Inside the Blood Feud between Texas and Texas A&M; Chasing the Rodeo: On Wild Rides and Big Dreams, Broken Hearts and Broken Bones, and One Man’s Search for the West; and most recently, The Wild Bunch: Sam Peckinpah, a Revolution in Hollywood, and the Making of a Legendary Film. He lives in Austin. 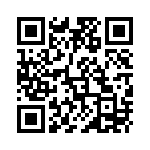