NIKKI R. VAN HIGHTOWER is a founder and former executive director of the Houston Area Women's Center. She has taught at the University of Houston, Lee College, and the Texas A&M University School of Rural Public Health. Van Hightower retired as senior lecturer in political science at Texas A&M University, where she helped establish the women's studies program. She lives in College Station, Texas. 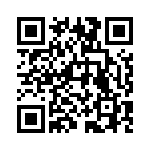