PAMELA A. LeBLANC is an Austin-based freelance writer who specializes in outdoor adventure, fitness, and travel. A recipient of two Barbara Jordan Media Awards for articles about athletes with disabilities, her work has appeared in local, regional, and national publications including Texas Monthly, Houston Chronicle, Real Simple, and others. She also has a weekly fitness column, Fit City, in the Austin-American Statesman. 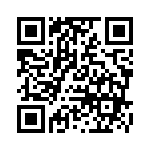