MICHAEL P. GABRIEL is professor of history at Kutztown University in Pennsylvania. He is the author of Major General Richard Montgomery: The Making of an American Hero; Quebec during the American Invasion, 1775-1776: The Journal of François Baby, Gabriel Taschereau, and Jenkin Williams; and The Battle of Bennington: Soldiers and Civilians in their Own Words. 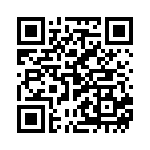