MARGARET KILLINGER, Rezendes Preceptor for the Arts in the Honors College of the University of Maine, is also the author of The Good Life of Helen K. Nearing. She was raised in Houston and now resides in Orono, Maine. 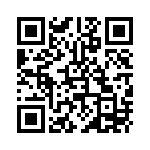