JAMES HASIK is a senior research fellow in the Center for Government Contracting at George Mason University in Fairfax, Virginia. He is the author of Arms and Innovation: Entrepreneurship and Alliances in the Twenty-First-Century Defense Industry and coauthor of The Precision Revolution: GPS and the Future of Aerial Warfighting. 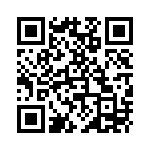