SERGIO TRONCOSO is the author of The Last Tortilla and Other Stories, A Peculiar Kind of Immigrant's Son, and Crossing Borders: Personal Essays. He coedited Our Lost Border: Essays on Life amid the Narco-Violence, which won the Southwest Book Award from the Border Regional Library Association and the International Latino Book Award for Best Latino-focused Nonfiction Book. A Fulbright scholar, Troncoso is a resident faculty member of the Yale Writers' Workshop and president of the Texas Institute of Letters. 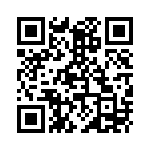