STEVEN L. DAVIS is the literary curator of the Wittliff Collections at Texas State University. The author and editor of eight books, his literary honors include the PEN Center Award for Research Nonfiction. He is a past president of the Texas Institute of Letters. SAM L. PFIESTER is chair of the Wittliff Collections advisory council and is the author of four novels: The Perfect War, The Golden Lane, Solomon's Temple, and Salt Creek. He is also the producer and screenwriter of the 2018 movie Blanche. 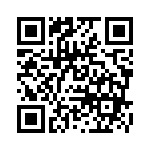