JOHN PAUL HARTMAN is the former emergency room supervisor at the San Carlos Apache Hospital. He lives in Vail, Arizona. 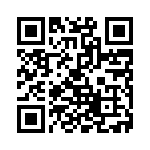