JARED M. TRACY is the deputy command historian for the US Army Special Operations Command at Fort Bragg, North Carolina, where he researches and publishes on the history of propaganda, psychological operations, and other facets of special operations. His writing has appeared in Military Review, NCO Journal, Southern Historian, and Veritas: Journal of Army Special Operations History. 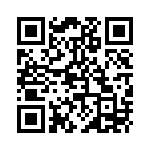