DAVID VAUGHT is a professor of history at Texas A&M University. He is also the author of The Farmers' Game: Baseball in Rural America. 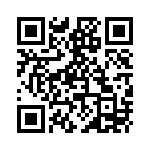