VIRGINIA BERNHARD is professor emerita of history at the University of St. Thomas in Houston. She is also the author of The Smell of War: Three Americans in the Trenches of World War I, The Hoggs of Texas: Letters and Memoirs of an Extraordinary Family, 1877-1906, Ima Hogg: The Governor's Daughter, and other titles. ROSWITHA WAGNER is a professional translator. 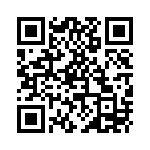