This debut novelist already won an award for this book (the 2019 Clay Reynolds Novella Prize) and he’s making a big splash in the Las Vegas literacy scene. This book deserves the attention - it’s the most unique and affecting piece of literature I’ve read in the past 5 years. Fisher is someone to watch.

DYLAN FISHER is currently an MFA candidate in Creative Writing at the University of Nevada, Las Vegas. The Loneliest Band in France is his first book. 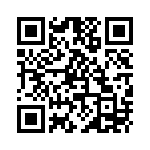