THEODORA ZIOLKOWSKI is the author of On the Rocks and Mother Tongues. Her work has appeared in Glimmer Train, The Writer's Chronicle, Short Fiction (England), Prairie Schooner, and elsewhere. She is the recipient of the Inprint Marion Barthelme Prize in Creative Writing. Recently, she served as Poetry Editor for Gulf Coast and Fiction Editor for Big Fiction. She is currently pursuing her PhD in Literature and Creative Writing at the University of Houston. 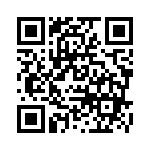