CARIDAD MORO-GRONLIER is the author of the chapbook Visionware. She is also a Contributing Editor for Grabbed: Poets and Writers Respond to Sexual Assault, Empowerment and Healing and an Associate Editor for SWWIM Every Day. Recent work can be found at The Best American Poetry Blog, Rhino, Go Magazine, Fantastical Florida, Notre Dame Review, West Trestle Review, and others. 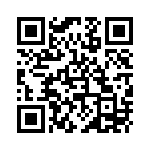