Stories that will stay with you long after you turn the final page.
With so many great books yet to read, I’m not usually one to re-read many. But “Pictures of the Shark: Stories” may prove to be an exception. Frankly, I sat down and read this book in one sitting, and I was captivated from the start. But as I raced through, page after page, I am certain I missed things. I really feel the need to go back and do it again, slowly.
Buddy Turner’s life is presented to the reader in a unique fashion in this collection of stories. We see him first as a young boy, but then he appears as a teen, only to reappear later on as a child again. Each story is self-contained, so I didn’t feel confused by the back and forth even as I watched the breakdown of a marriage and the impact this wreaked on the young Buddy and its manifestation in his older self as he displayed more and more of his father’s characteristics. The non-linear storytelling may not be to everyone's taste.
The stories reveal personal dramas of the kinds happening around (or to) each of us. I’m reminded that you never know what’s going on at the house next door and don’t have any idea what other people may have endured to get to the moment you encounter them. I was emotional reading about Buddy’s life; those feelings continue to surface. These stories hit me surprisingly hard, and their memory seems to want to linger. As a mother of sons, I hope my impact on them was positive, strengthening, and affirming, but I can’t help but wonder if I couldn’t have done better myself.
I highly recommend PICTURES OF THE SHARK: STORIES to readers of literary fiction.
I voluntarily reviewed this after receiving an Advanced Review Copy from the author through "Lone Star Book Blog Tours."

An East Side Houston native, THOMAS H. McNEELY has published short stories and non-fiction in The Atlantic, Texas Monthly, Ploughshares, and many other magazines and anthologies, including Best American Mystery Stories and Algonquin Books' Best of the South. His stories have been short-listed for the Pushcart Prize, Best American Short Stories and O. Henry Award anthologies. He has received National Endowment for the Arts, Wallace Stegner, and MacDowell Colony fellowships for his fiction. His first book, Ghost Horse, won the Gival Press Novel Award and was shortlisted for the William Saroyan International Prize in Writing. He currently teaches in the Stanford Online Writing Studio and at Emerson College, Boston. 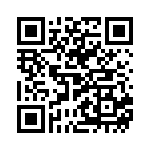